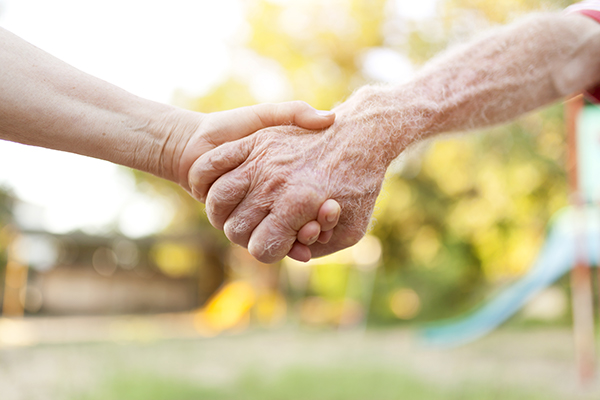 My dad died this year (2017), on March 20th at age 71. Just a few months beforehand, my best friend and I saw him at Christmas and had been actively convincing him to go to the hospital due to his massive ascites (fluid buildup in the abdomen). His abdomen was gigantic and he could barely move. He had had essentially a lifetime of heavy drinking and smoking, so we thought that likely had to do with it.

It was clear that when we saw him at Christmas he was scared, because right after greeting him he immediately began talking about his symptoms with my best friend, who is a medical student. She had guessed that many of the major symptoms he was experiencing were due to liver failure, and she ended up being correct. However neither of us felt he was in the late stages of anything.

In January, he finally went to the hospital. It took him a long time to get himself there because he hated doctors and hospitals. I knew it wasn’t going to be good, but I didn’t expect that he would be dead just two months later. He didn’t tell anyone what hospital he had gone to, so when I didn’t hear from him a few days later, I called every hospital in the state asking if they had him there. I finally found him, and had learned that he had had TWO heart attacks in the hospital and was in the ICU.

I freaked out. So much was going through my head at this time. I didn’t yet know what kind of condition this had left my dad in exactly, and what kinds of problems would be permanent vs. fixable. Additionally, my dad didn’t have a good relationship with many members of the family, and he was also often too stubborn to reach out and make amends (as many people can be). I began to realize that if he needed care, I would likely end up being the primary person to care for him.

And I’ll be honest — the idea of this was daunting. I was 32 years old, full-time job, not living in the state, not having tons of money…and even if it wasn’t said, I initially got the feeling that instead of people offering to help, they were pushing me to do everything on my own and didn’t want to be involved for various reasons.

I flew down to where he lived as soon as I could to see him. The minute I saw him, I could barely hold back the tears. At Christmas he had he looked as he always did, despite the ascites. There in the hospital, he looked like he had aged 20+ years. Literally. He looked about 95 years old. He was frail and his eyes seemed to be bulging out of his head. He was sound of mind, yet somehow also much more vague than usual.

However at that moment, any overwhelm, fear, hesitance, whatever else it might be, was overridden by the glaring fact that my father was in an extremely vulnerable situation, essentially alone. Nothing else mattered. He desperately needed help. How was he going to function on his own?

I talked to one of his doctors who told me everything about his condition. He had multiple organs failing, they said he had a few weeks to a few months to live, and he was on a number of medications (primarily diuretics). The doctor mentioned to me afterwards, “this is really a lot to be on your plate at 32 years old.” I nodded in agreement. After that point in time I was continued to be repeatedly asked by doctors, nurses, hospice team members, and so on, “There really isn’t anyone else who is going to be helping you?” I shrugged. I wasn’t sure. All I knew was that if I were going back home at any point soon in the future, I’d have to have a caregiver to take my place. How was I going to afford that?

Luckily, I was able to stay in the state and care for him in his last months as best I could, while juggling full-time work and trying to make it work with little money. It was definitely difficult. But during and after the experience, you see the sweetness in it, you learn things, you grow immensely from the experience, and best of all, you become thankful for it.

In an attempt to paint a picture of what it was like, here are the major things I learned and experienced…

Then, the scenario after your loved one dies is a whole other story and process of learning. It’s insane. I told my friend if you are a child and your parents did not leave a will, there should be an entire manual written about rules on what you should or should not do…with the house, with their bills, learning about the probate process (which is a process that often happens when a will is not present, and thus the parent’s belongings are split up among heirs equally by the courts), when probate is needed and when it’s not, etc. I mean really. There needs to be more education on this, because there is so much about the way things SHOULD be done and it feels like you are expected to just know. If you are nearing or are in this situation, please educate yourself on this matter. It becomes pretty important. But this is a topic for a whole new blog post.

I hope if anything you took something away from this article, but the most important point I can make is that in the end, it is a wonderful experience, and despite the difficult times, I look back on it and feel it was a privilege and a relief to know that my father was able to feel cared for in his last months on this earth. And that’s all that matters. It’s all I could have asked for.