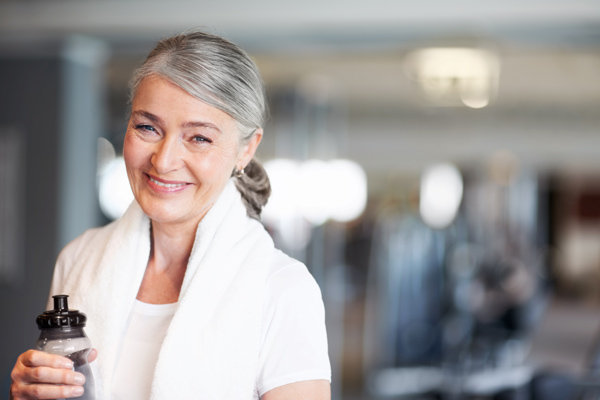 Although genetics and age play roles in your metabolism, recent studies are showing that you actually have more say than you might think in how well your metabolism functions. In fact, you can all but negate the metabolic slowdown that happens after 40 by tweaking your diet, exercise, and sleep habits.

1. Eat early
Specifically, eat breakfast. Leaving for work on an empty stomach is like hitting the pause button on your metabolism.
Here’s why: when your brain senses that your stomach is empty, it sends a message to your cells to conserve energy in case another meal doesn’t arrive. In other words, your body holds onto the fat stored in your cells instead of helping you burn it off.

2. Eat Often
Aim to make each meal at least one-quarter protein, whether animal protein, beans, or dairy, says Marissa Lippert, a registered dietitian. A 2011 study in the journal Neuron suggest that protein stimulates the cells responsible for switching on the body’s calorie-burning mechanism. Foods high in sugar and processed carbs, on the other hand, can lead to insulin resistance, causing your body to store extra calories as fat.

3. Sweat Off the Weight
Not only does exercise affect your metabolism while you’re doing it, but research shows you can keep burning calories up to 24 hrs after you finish because your metabolism stays elevated.

4. Sleep Away the Pounds
Research has shown that people who sleep two-thirds of their usual amount (five hours instead of eight, say) eat an average of 549 extra calories the following day. Experts believe that getting too few Zs upsets the balance of appetite-regulating hormones. “Resistance to leptin-a hormone that regulates body weight–increases, while levels of ghrelin, a hormone that signals to your brain that you’re hungry, also increase,” explains Isaacs.

Just a small change in your sleep schedule can make a big difference in your health, not to mention your ability to burn calories.