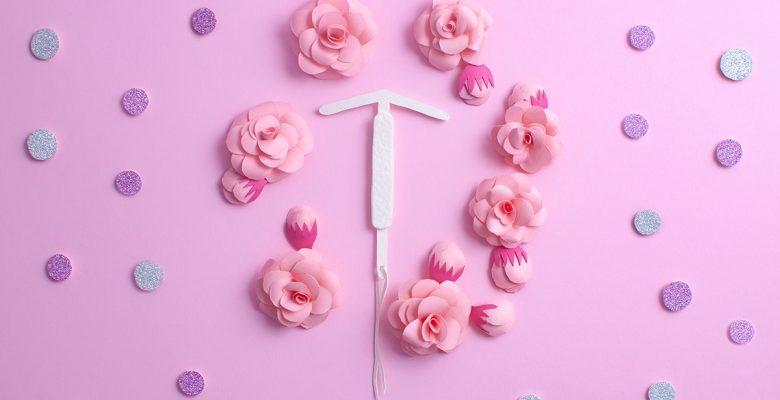 If you’re thinking about getting an IUD, I can say that I think it’s one of the better forms of birth control. There are often less side effects involved than taking a birth control pill. Whether you should do it or not however isn’t actually something I can answer!

However, I’d like to tell a little bit about my experience and maybe answer some of the common questions regarding IUDs in hopes that it might help you. I also had a unique experience with my IUD that I feel should be out there in case anyone experiences anything similar.

The only form of birth control I had tried before my IUD were Plan B pills. So I have not had experience with any pills that are taken consistently. However, pretty much everyone who either had experiences with an IUD or staff at my gynecology clinic said that the IUD would present less side effects and also have less of a chance of causing  weight gain.

So I thought, “Cool! No weight gain. Thank goodness!”

Prior to actually getting my IUD, I was far more worried about the pain of insertion than I was about side effects. I read so many mixed stories on the internet, with the pain often being worse for those who haven’t been pregnant before (that’s me).

However, I took respite in the fact that Kyleena was one of the smaller IUDs and five years of protection time.

Fast forward to the date I got the IUD inserted. I was so nervous I took a xanax to calm my nerves. My pain tolerance really is pretty high, but not knowing what to expect is what really triggered my anxiety.

Not going to lie, the actual insertion DID hurt. It was like the worst cramp I’ve ever experienced. I thought, “holy crap, if this is anything what pregnancy cramps feel like I don’t know how I’ll ever do it.” It was a cramp that took my breath away. HOWEVER, it’s only for a couple seconds!

The same day it was inserted, all was great. I didn’t feel any additional pain and cramping, though I know it’s possible to have some of that. If the pain and cramping is extreme after insertion, then it was likely inserted wrong.

After some time of having it inserted, I started to experience some of the normal symptoms that go along with having an IUD. For me, these were spotting between periods and VERY light periods.

I totally welcomed the almost non-existent periods I was having, as it seemed to not only lessen the bleeding but the mental and physical side effects that come along with it.

Every other month pre-IUD I would have pretty bad stomach cramps that would result in me having to take ibuprofen for the first couple days of my period. Not having these anymore was a HUGE bonus. I also had migraines right around period time every month. Another huge pain in the butt.

The IUD did make me a bit more emotional in the beginning until my body got used to the additional hormones.

However, I also started to experience some other side-effects that both my doctor and I were skeptical initially of the IUD being the culprit.

Some of my Atypical Side Effects on Kyleena

I had about three doctor appointments (between two different doctors) before I figured out that the Kyleena was disrupting my sleep. Neither of them thought that the Kyleena would be causing my feeling absolutely exhausted all the time, so instead they did a blood test. It showed that my iron could potentially be on the low end or headed there, so they recommended a pre-natal vitamin that would help give me all the nutrients I needed.

My doctor also guessed that perhaps it was just my anxiety disorder that was draining my energy. This isn’t unlikely, but I have had my anxiety for as long as I can remember and even during phases of my life when my anxiety was super high, I never had such consistent fatigue, so it didn’t make sense to me that I would suddenly be having that issue when my anxiety and stress were fairly low.

I started taking the pre-natals and I did feel like it possibly helped but very minorly. I was still having the crazy dreams and still overall felt off.

I kept researching more and more on the internet, until I finally found an article about how Progesterone can indeed have an effect on REM sleep. That effect is varied, but there is a connection between hormones and sleep disturbances (or even fixing sleep in those with existing sleep issues).

Those studies I came across as well as just purely being desperate to not feel so exhausted anymore were enough for me to say, you know what, I love the mild periods and no more hormonal migraines, but I need to just take this thing out.

So I had it removed. The good news: Removal doesn’t hurt!

Now about a year and a half after removal, my normal energy is back and I overall feel so much better. To me, even having migraines again and some of my cramps come back were worth not having it mess with my sleep.

HOWEVER, something I also thought was peculiar that no doctor told me would happen:

Overall, I feel that Kyleena can be great for some, and that IUDs are a better birth control choice. I would not worry too much about the insertion pain because yes, it generally sucks, but the pain just does not last and it’s worth it if your body reacts well to the IUD.

On the other hand, I think any sort of birth control just has the potential to have VERY strong effects on the body in various ways ⁠— IUDs included! And like with my experience, the doctors won’t always be able to confirm whether what you are experiencing is from the IUD or not. It also makes me question how safe they really are or how much we ACTUALLY know about introducing progesterone into the body.

So as with most medications, you will need to weigh the pros and cons of the experience, and don’t be too surprised if you come across some unlikely side effects with birth control as well!