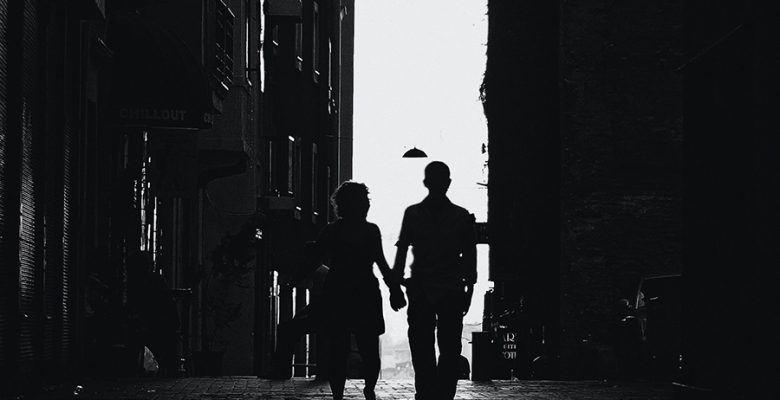 This is written by Keith Artisan:

“In a relationship, having your partner withdraw at an emotional level can bring confusion, pain and frustration.

Women who relate to men that do this are often bewildered by why and how this happens.

Speaking as a man, and one who considers himself sensitive and emotionally available, there are particular situations and scenarios that cause me to withdraw. And I imagine that other men, regardless of how in-tune they are with their emotional nature, would respond in similar ways.

Just because a man withdraws does not mean he is withdrawing from you.

First, I just wanted to express that when a man seeks solace or withdraws from a conversation, it probably has nothing to do with the beloved. It has more to do with the emotional intensity and confusion around emotions than with any particular person. It just takes men more time to integrate and understand the watery realm of emotions. And understanding emotions isn’t something that happens for us spontaneously in the midst of a heated discussion.

We need space and time to figure out what is happening, both within our own self and with our beloved.

Men have been discouraged from feeling emotional. We have been mocked, attacked, and belittled when showing emotions. Big boys don’t cry, toughen up, and bite the bullet are all phrases men grow up with. So when we are faced with emotional situations, we are total novices.

The biggest harm that is not recognized or appreciated for the depth of damage that it causes at the emotional level to a man is that men are expected to be tough, to protect, and kill to defend their family. Violence, and the expectation of violence, mandates an absence of emotional sensitivity.

It is a double standard to expect a man to be emotionally available and to have him be able to harm another human being.

Have compassion and understand the kind of conundrum that a man faces when being emotional vulnerable and awakening to deeper sensitivities. It is rare enough to find a man who wants to delve within and unleash his inner passion. It doesn’t mean that he is going to be masterful at it. For men to be comfortable in their own skin and accept their feeling nature takes a growth curve.

A woman has a lifetime of experience navigating the oceanic tides of emotional states.

Women grow up with emotional states and are accepted as sensitive, feeling beings. She is able to observe, feel, recognize and better communicate her feelings than a man. Women are also adept at observing and recognizing the emotional states in other people. And when a woman finds a man who loves her, at some level, she feels a great deal of hope because she has found an emotional match, somebody who understands those hidden tides and influences.

Women will share all their heart and feelings, and not understand how this can impact a man. And when a man doesn’t respond as she needs, the feelings of being hurt or misunderstood arise. How those feelings are expressed matter a great deal.

The best men want an intimate connection with women, and often don’t know how to do that.

Men don’t fall short in the emotional realm because we are emotionally immature. We are emotionally inexperienced. Men face expectations and pressure about emotions that are confusing and contradictory. And when we find a woman who loves us and we love in return, it brings to life a living fire that had been suppressed for a lifetime. Yet fires burn, and the burgeoning sensitivities is akin to a child learning to walk. We fall down, we make blunders, and we are blind as to how to listen and communicate our emotions.

Men experience a learning curve when awakening to their deepest sensitivities.

And just as any beginner, they make mistakes. Sometimes the mistakes are colossal, and sometimes laughable. Men need an emotional example, how to be alive with and operate with emotions in a healthy way. We also need to be accepted as we are, beginners with beautiful intention. To demand for a man to have the mastery over their emotions is an outrageous expectation. For most men, mastery over emotions means suppressing them, hiding feelings behind a mask of stoicism, or just turning off the emotions entirely. It takes time to even identify the subtle emotions, let alone to know how they function and their influence on our own self and those around us.

Any teacher knows that mocking a beginner or putting them down, criticizing them or their approach, will stunt the learning curve, if not completely stopping it.

The beloved woman becomes that guide into the mysterious realms of feeling emotions. When she expresses anger, puts down her man, belittles or mocks him, a man feels attacked. When she demands him to be sensitive, a man feels not good enough.

And when a man faces a woman’s wrath he will respond in the ways he has been taught to feel emotions since early childhood ; with anger. Anger is one of the few emotions accepted in men because it is a necessary emotion to be a soldier-killer. Anger is a natural defensive response for men. And once we become angry with our beloved, there is a host of problems that arise afterwards. Guilt, shame, inadequacy, failure, and fear. These siblings to anger are inevitable when fury shows its face, especially when we know that our loved one has been hurt as a result of our anger.

The words spoken in anger harm the recipient and the speaker.

It takes time for a man to feel comfortable feeling emotions. After all, such a man is challenging the tenets and pressure of an entire society and its deeply ingrained training.

A man’s natural response when hurt or confused is to withdraw. Almost everybody knows about the masculine need to retreat to the cave. And whether this is physical space, or mental space, or even silence, the cave is an essential healing tool for the manly mind. The cave allows integration of the experience, introspection to see what is happening within, and understanding to know how to better respond in the future.

Women set the example and emotional tone that allows their partner to feel safe.

When a man faces a woman who is emotionally stable, it allows him to understand his own emotions. The depth of understanding that the woman has with herself and her own emotional nature will give him the security to express and unveil his own strengths. The woman who is emotionally secure brings a presence of emotional security to the relationship. A well meaning man will appreciate this and do his best, and grow faster and reveal the depths of his spirit with increasing strength and confidence.

Granted, the ideal is that a man can figure out his emotional state and come into his own emotional maturity through his own self-generated willpower. Yet the reality is that teachers, guides and mentors accelerate this process and help a person navigate the confusing and mysterious realms of emotions. There are a great many pitfalls and bewildering mirages when it comes to the shifting sands of sensitivities. And as man learns his emotional state, he is also facing the additional challenges from his friends, family, and world that challenges that awakening at every step.

Gentle understanding and compassionate acceptance brings healing and deepens the relationship. One of the best qualities women have is the ability to nurture.

Nurturing is not aggressive. And with a man, directing aggression at him will generate an aggressive response. He will either fight or run. The flight or fight response is deeply ingrained into every human being. In essence, attacking a man who is opening his heart will trigger a survival level instinct. Once that survival level power fully awakens in relationship, the dynamics in the relationship changes and may never come back to equilibrium.

Nurturing is not forceful, instead it is accepting and allows for a natural growth curve. Be patient.

Just as a tree takes time to come into its fullness and blossom, a man who is learning to embrace his deeper truths will need time to fully ripen into his potential.

Appreciate the men who take the time to stand up against society to discover, feel, live and unleash their sensitive side. It takes a lion’s heart full of courage to face down societal expectations and programmed beliefs. Give him gratitude, honour his spirit, thank him for being available with his sensitivity in ANY way that he is able.

Such a person is one of a kind, a warrior in the truest meaning of the word.”