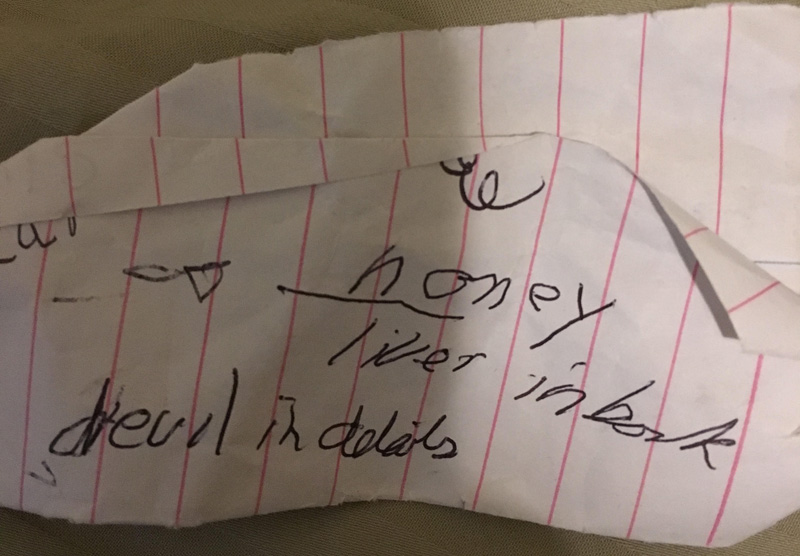 The main cause of his death was alcoholic cirrhosis of the liver (probably heart failure, too); as he had been a heavy drinker for over forty years. The last few years before his death, he began to experience symptoms that he wouldn’t tell anyone about — including me — in much detail, but it was enough to scare him, as it caused him to stop drinking for the most part. However, he turned to chain smoking instead and essentially smoked his way out.

He was a criminal defense lawyer and represented some well-known cases in Utah. But much more than that, he was unlike anyone I have ever met to this day. I’ll never forget Zach Abend’s article written in 2007 about my dad, stating:

“He is articulate and has a habit of closing his eyes when he concentrates. He is very astute and has enough charisma for a roomful of politicians, possessing a Clintonian charm. However, if you don’t know [him] well, you will be taken aback by his brusqueness. He eschews formal hellos or goodbyes. He will talk for hours at great length, and as soon as the conversation ends, he will walk away.”

I have always appreciated how Zach was able to describe my dad, because it was difficult to find someone who really could understand him, let alone someone who could capture his spirit with words.

…and not just for the sake of being rebellious. He didn’t become a criminal defense lawyer because he thought it would be interesting — he pursued that path because it embodied his entire way of being.

In an attempt to dissect and illustrate his worldview, I can best express it by saying that the core of it seems to have come from his great sensitivity to injustice in the world and in general; personal experiences with the government during the time of the Vietnam war and thereafter during his career; as well as his viewpoint that most companies, institutions, and humans operate primarily by greed.

This is where he and I really differed. While I certainly understood and agreed with his viewpoint to an extent (especially as an adult), we usually approached things from different directions.

Despite all the ignorance and horrible things that happen on a daily basis on Earth, I tend to focus on humankind’s potential as a whole. I feel that there is a higher part of us all, and I feel people can become better, more “enlightened” so-to-speak. I start from a positive viewpoint first, and am disappointed (although not surprised) when people are incredibly self-serving or commit acts out of hate, and so on.

My dad usually started from a negative viewpoint first; quite pessimistic and expecting to be disappointed, yet regardless was still a very compassionate person. He’d say a lot of things, but I felt he never truly judged. He could accept someone regardless of all of their faults, or faults that he perceived them to have.

This worldview of his was part of a very important and solid foundation.

Even though I felt he was too pessimistic much of the time, he had a keen ability to see through people’s bullshit. He understood the psychology of people fairly well, and saw that so many people’s minds were completely shaped by groups they were a part of or society as a whole, which were full of systems that he felt were flawed.

Or most people just lacked guts, as he’d always tell me. It was rare to find a person that had the courage to stand alone against a group with their own opinion and stance, when no one is rooting for them; which is what he so often had to do as a criminal defense attorney in the courtroom.

On the other end, he sympathized greatly with the many people who were misunderstood by society, himself being one of those people. Because he was completely NOT the status quo in any shape or form, had differing opinions and way of life than most around him, and was incredibly blunt and at times profane.

Sometimes as a result, conversations were uncomfortable with him because he’d either immediately recognize and call you out on your BS, or just generally bring up things that people didn’t want to talk about. Or other times he was just making assumptions about you, which he’d do to me all the time.

But he was honest — honest to the core, to himself and to others. And he had a heart. Sometimes all people could see was the gruff exterior and didn’t understand what he was about, because they couldn’t really see it.

And I’ve found, that that’s often how the truth is. It doesn’t flaunt itself and it appears in the least expected of places. It’s up to you to be able to recognize it.

Wisdom from My Dad

Now that you know some of the backstory, some of the following should be more entertaining and interesting.

Instead of putting a timeline on these, I’m going to list them regardless of their time period and put them all in his words, for those that I can. Just know that some of these were given to me just weeks before he died; as he wanted to make sure that he got everything out that he wanted to tell me before he passed. Most all of these were emails from him to me, so I literally just copied and pasted.

“The Devil is in the Details”

And last but not least (for today…there’s much more I could dig up), in the few weeks before he died he kept harping on the phrase “the devil is in the details.”

He would try to give me real life examples, like the one time I opened a drink for him and put it on his bedside table, then he’d take a drink and I’d put the cap back on for him. He’d say, “now I’m not going to be able to get it back off! See, the devil is in the details…you have to pay attention to the details.” I was thinking to myself, “well I didn’t want it to spill if you knocked things over! (which he often did with his mobility troubles towards the end).”

Later he had a small piece of paper he wrote something on he wanted me to get at the store for him. On the other side, I noticed that at another point in time he had written “devil in details” to remember to tell me about it (below), which I decided to save forever:

Although my dad was so commonly misunderstood, most people could recognize one very obvious and important thing about him, and that’s that he was one in a million. I hope to keep some of his humor and wisdom alive through my blog posts.