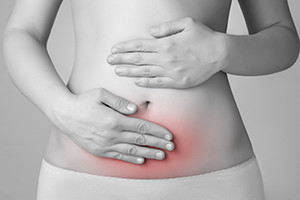 Note: This is a continuation of “Mystery of a Bloated Stomach Part 1”. You’ll probably want to check that one out first before reading this one!

In the first part of my “Mystery of a Bloated Stomach” posts, I went over some tips I learned when dealing with a persistently bloated stomach with no apparent cause (and unfortunately many fears along the way of different illnesses such as ovarian cancer). This was not your regular type of bloat that came from water retention or eating too much. Seemingly spurred on by some kind of bug, I looked like I was pregnant for months (but bloating was diminished in the mornings upon waking up). So for this post, I wanted to write a bit about things I’ve discovered that have helped my digestive issues – which were mainly diet changes.

This will depend on what is going on with your body and where stomach bloat is actually coming from, but if you are experiencing atypical, consistent bloating, making some adjustments in your diet to see how your body reacts can be beneficial and a way to determine what might be going on with it.

When I had my stomach issues it was a literal nightmare swimming through a sea of information and a few different doctor appointments with no conclusive answers. These days, thankfully, my bloating has gone down almost entirely.

1) First…Cut Out All Fatty Foods

Get rid of the grease! If you end up having something like gastroparesis or general IBS symptoms, fatty foods (fried or greasy/oily foods) can very much make it worse.

For example, my digestive system had a really difficult time with anything like broccoli or cauliflower, or heavy fibrous foods. It almost just didn’t tolerate it. Try cutting these out temporarily and seeing how you feel.

Bone broth is all the rage lately. The great thing is there are many ways to season it and add things to it to taste awesome, and it really can give your digestive system a rest. Also, the amino acids in it (specifically glycine) are said to help proper digestive functioning. As an added bonus, bone broth is also easy and inexpensive to make! I’ll be writing later on how to make a great bone broth. You can sometimes find it in health food stores, too, but making it yourself is easy, healthier, and you naturally have more control over how it’s made.

For now, here are a few soups I used to make often in the midst of my digestive issues:

4) If you aren’t sure if gluten is the cause (which is actually a really common allergen despite the gluten-free craze), try cutting out all gluten-containing breads and other gluten products and seeing how you feel.

While these diets are meant for specific digestive issues that you may or may not have, I definitely took away some knowledge from studying these diets and seeing how certain foods can affect digestion. The GAPS diet is super specific and if you have a digestive issue that warrants going on this diet, it is somewhat extreme and can be hard to follow. I adhered to some of the guidelines from the Specific Carbohydrate Diet just simply to see how I’d feel by doing so.

6) Eating Kimchi and other fermented foods as well as foods containing probiotics really helps (take a probiotic supplement, too!)

I found a Korean shop in my city that had a variety of different types of Kimchi. I’d then buy a ton of it and make soups with it (could also try using it with brown rice!). I also ate Faye Unsweetened Greek Yogurt for probiotics and would add fruit to it.

7) Consider seeing an integrative medicine doc (or functional medicine doc), or a naturopath who can give you a comprehensive stool test and treat your issues from a myriad of angles.

I found an integrative medicine doctor in my area who ALSO specialized in functional medicine (and she was basically the only one), which I liked because she can provide both Eastern and Western treatments. However, I ended up not even seeing her in the long run because my probiotic (called VSL#3) and diet changes were enough to fix the issue; granted, it took time and patience! The great thing about naturopaths (and integrative medicine docs as well) is the stool test they give you is typically much more comprehensive than the standard one you might get at a GI or General Practitioner doc.

Remember…Keep a Food Journal, Keep Your Patience, and Experiment With Diet Changes

Hopefully some or all of these pointers have been helpful. As mentioned, I went through quite a process with my digestive issues in trying to figure out what the issue actually was, where it came from, and how to treat it. I went to an OBGYN, a GI doc, and a General Practitioner, and no one could give me any solid answers. My tests I had done all came back negative; there was nothing that pointed to a definitive answer. Don’t get me wrong; this was good, yet as you can imagine it was pretty frustrating as well.

My GI doc said that it could likely be gastroparesis. I still think this might be the case, but who knows what triggered it. I didn’t have any procedures or scans done of the abdomen (colonoscopy, CT scan) because I didn’t want to if I could try curing it with diet and seeing if that would help first.

If you’re struggling with something very similar, the best thing you can do is keep a food journal and record what foods or activities trigger your issues the most and what times they are most likely to occur. Then, do some research and play around with your diet using the guidelines above.