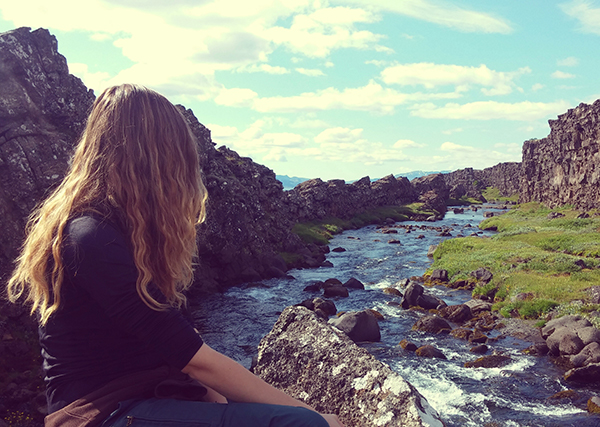 For as far back in my history as I can think of, living on Earth has always felt very surreal to me. As a child, I never thought much of it except that I didn’t feel like “a real girl” (my words back then exactly). As a teen, I still thought it was probably something temporary and that it would go away over time.

But as an adult, things have gotten even more surreal to me, to the point where I’m more aware that I’m not usually fully mentally involved in situations that are happening. There is a part of me that is living out my experiences, and another part of me deep within that is simply observing. I feel as though I have primarily come to identify with the part of me that is observing moreso than I identify with the part that is involved.

A large part of this stems from being persistently cognizant of the mystery of our selves; the fact that in any given moment, we are human beings playing a part in a world primarily created by us, with the rest being a mystery.

I am very much aware that the situations I find myself in — even the most subtle and normal of them — often exist as a result of some sort of expectation or following suit of the way things currently are. It is an order of operation of the status quo; a tiny combination of cause and effect in an infinite pool of possible circumstantial combinations.

I find myself then prodding into the unknown or the unborn of any given moment; first observing what currently is, then next dreaming up what could be or what should be.

So, what does this have to do with ego? Ego as I’m describing it here, is basically everything that we have come to define our own roles as in this play of our existence. Every action we take and every thought or perception we have is largely influenced by the entire framework of our experiences, of learning and conditioning, institutions we are a part of such as schools, our jobs, impressions of ourselves from others, how we are treated, patterns, addictions, wounds, or expectations of how we should be acting.

We become extraordinarily attached to who we think we are and often the situations we find ourselves in as a result — as the way we understand and interpret our existence is all we have ever known. Often we become controlled by or lost in these definitions and habits that come as a result of all of our experiences. We feel like we are more in control than we actually are, not realizing how much of our perspectives and actions are at times a product of expectation or conditioning, and aren’t necessarily coming from a deeper place.

All of this can lead into the life path we end up taking and what we achieve and why we achieve it, as well as who we end up associating with, and ultimately our sense of self-worth.

Our sense of self-worth is something that rather being subject to all the varying definitions of our existence, should ideally be uncovered only by our inner seeking and through the stripping of the layers of what we have built on top of our selves, to eventually the reach the core. The multitude of realizations we have of ourselves in this uncovering process is intriguing and will fill us with a new life energy we might not have had before.

In doing this, we begin to develop the satisfaction of understanding ourselves and our place in the world on a much deeper level that is unshaken by all of the varying and subjective perceptions and situations we find ourselves a part of.

We also slowly stop defining ourselves by what we have achieved or what group we’re a part of or anything else, but rather as simply defined by the universe. Our sense of self expands and we become capable of more love and personal power than ever before, which then allows us to live that much more wholeheartedly. This reveals a new kind of fulfillment.

The best way to start or enhance this discovery process is just simply spending more time being with ourselves. By deliberately listening to ourselves and shutting off all external noise and influences.

Meditation, or meditation-like exercises such as writing or yoga are fantastic for this, as they allow us to explore the inner recesses of our mind. With time, we then will begin to reach parts of ourselves we may have never otherwise touched.

“The ‘me’ — the Dan Millman who had lived long ago was gone forever, a flashing moment in time — but I remained unchanged through all ages. I was now Myself, the Consciousness which observed all, was all. All my separate parts would continue forever; forever changing, forever new.

I realized now that the Grim Reaper, the Death Dan Millman had so feared, had been his great illusion. His life, too, had been an illusion, a problem, nothing more than a humorous incident when Consciousness had forgotten itself.

I had lost all my roles, all my morals, all my fear back there on the mountain.
I could no longer be controlled. What punishment could possibly threaten me?
Yet, though I had no code of behavior, I felt what was balanced, what was
appropriate, and what was loving. I was capable of loving action, and nothing
else. He had said it; what could be a greater power?”