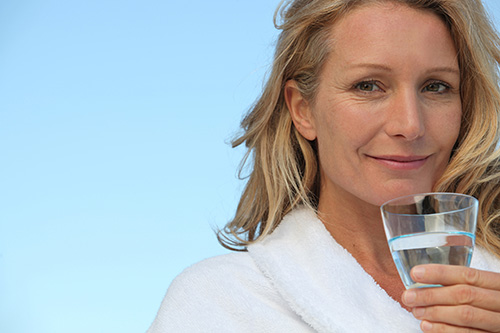 I stumbled across this article today and I think it has very valid points:

“Doctors say the notion that you can — or should — undertake special efforts to cleanse the body of impurities is not only not necessary but potentially dangerous. The body has evolved through time to detoxify itself through its own processes, said Dr. Rachel Vreeman, an assistant professor of pediatrics at the Indiana University School of Medicine and co-author of Don’t Swallow Your Gum! Myths, Half-Truths and Outright Lies About Your Body and Health.

When it comes to removing toxins from the body, several organs are designed to do just that.

“There are myths that toxins clog up or get stuck in these organs,” Vreeman said. “That is just not true.”

And without a doubt, she said, sweating definitely would not be the way to go about it.

The primary reason we sweat is to regulate the body temperature. When moisture produced by the sweat glands evaporates, it cools the body.

Though the main component of sweat is water, sweat does contain small amounts of dissolved minerals and trace elements, including sodium, lactate, urea, potassium, calcium, magnesium, zinc, copper, nickel, iron, chromium — none of which are considered toxic, Vreeman said.

When you sweat, the major thing you lose is water — something your body can’t survive long without.

“The term ‘detoxify’ is used so often that it makes people think that special steps need to be taken so ‘detoxifying’ happens,” Vreeman said. “It leads to people not trusting their bodies. Your body, however, does not need special cleansing efforts. What it does need is for you to get enough fluids and to eat a healthy, balanced diet.”

That’s not to say sweating, or spending time in a sauna, has been proven to have no health benefits.