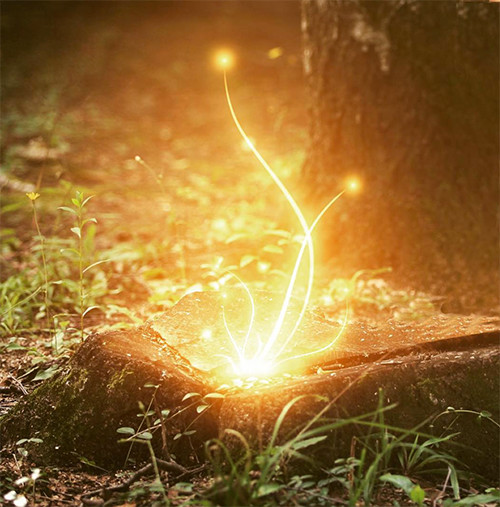 A couple of weeks ago I left my body for the first time, consciously, yet during sleep. In the last 6 months or so, many “lights” have turned on in my head and I have come to understand the self in a much larger sense even than before even though I wasn’t necessarily seeking to.

For those of you who might be reading this that don’t already know me, I’ve had a natural “spiritual sense” for as long as I can remember. Meaning, I was never one to blindly believe in anything (I grew up an atheist regardless of going to the Mormon church for years as a kid and a Catholic high school), but spirituality was a natural part of me since the time I was young, and I wouldn’t have ever given it a label if I didn’t have to in order to communicate the idea. In fact, to say it’s a part of me is strange – because everyone is a spiritual being; it’s just that only some are aware of it.

“I wish I were a real girl”

One of the many things I’ve felt over the course of my lifetime is that I’ve never felt “real.” From the time I was as young as 5 years old and probably before that, I’ve always had this feeling of life being surreal to me. I even remember once saying to my friend at age 7 or 8, “I wish I were a real girl” (funny, I know).

As I got older and started to understand myself, spirituality, and my place in this world further, I realized that the part of me I identified with the most was not the one interacting on a daily basis. It wasn’t the one working at a job, interacting with people, or playing my role here on this Earth. That was secondary to who I was. I intellectually knew this already, but the self comes in many layers that can be deeply explored to greater and greater levels. There was something very far behind all of this that I kept wanting to further explore, to understand it more and receive any insights along the way.

It wasn’t until I came across near death experiences on nderf.org (and I must say at the right time in my life; at any other time I may not have been as open and the stories may not have been as relatable as they are to me now). Reading these actually gave me a faint sense of “remembrance” – of remembering things that would come back to me based on certain things people would say and how they’d phrase certain things in the journey into other states of consciousness. That’s what was so remarkable. Sometimes what they would say would spark visions in my mind of another world.

In fact, I read hundreds of them before I finally had an out of body experience myself, which was completely unexpected, as I had never had anything like it in my life, wasn’t anticipating it, and wasn’t meditating at the time (though I suppose you could call reading near death experiences a sort of meditation).

The experience started in what felt like a lucid dream (I’ve also never had a lucid dream previously in my life). Right before I had fallen asleep that night, I had read an experience about a man who was at a funeral for his niece who had died at only 19 years old. He had had no previous spiritual experiences of any sort, and yet he heard her talking to him during her own funeral. He barely believed it, but she kept talking to him and showing him things – images and messages. She told him that she wasn’t talking to him directly, but he was the only person to be able to hear her. Her name was Michelle.

After I finished the story, I fell asleep. Then I found myself in what felt like a consciousness state where I felt awake and asleep at the same time (essentially a lucid state), and wondering if I could possibly talk to Michelle. I expressed with my mind in this “dream” that if in the nonphysical dimension, time is more or less meaningless and energy can will itself to wherever it wants, then SHOW me – maybe I could communicate with a spirit like Michelle right in that moment (this was essentially me first understanding certain attributes of a non-physical dimension, then inviting and wanting an experience).

Immediately after that, my entire body started vibrating HARD. Legit, actual vibrating, and my body kept fluctuating from hot and cold, and it was LOUD. Not loud in our everyday physical dimension, but the noise was heard in my mind. It sounded like a train chugging along on its tracks. The vibrations woke me up, so after they stopped I was essentially awake but had the strangest sensation I have ever had. Almost as though I can lift up out of myself, but I didn’t know what had just happened so I didn’t even realize that I was somewhat disconnected from my body and likely could have willed myself further out.It ended there because being mostly awake now, my rational mind piped in and went “WHAT just happened?” and I had a natural fear response to it – I laid there for a while then when I could get myself together I looked up the “vibrations” and realized it was a common symptom that happens before you’re able to leave your body.

The vibrations in and of themselves felt very significant to me personally, since they encompassed my whole body, and felt as though they could take my body to another dimension of reality. I thought it was incredible in the moment, and the vibrations actually felt pretty good to me (albeit intense) as long as I was able to enjoy them.

I wish I could have gone farther, but what was a bit odd in my experience is that it wasn’t until the next day that I began to realize some of the other aspects of the experience (perhaps I needed some time to process what had happened).

The next day, I realized an intense, all-encompassing, pure sense of love.

Love doesn’t even do the word justice, because our Earthly experiences of love are nothing like what this was.

I realized during the experience that I felt as though I had fully “met” my higher self, and this higher self actually felt like it was almost a separate being from me, but was myself at the same time. I’m still not sure 100% of it was a separate being or not, but I am fairly sure it wasn’t. I felt like this presence is with me at all times, and one of the strongest parts about it was that I felt like I was the child and it was the parent. It gave me the sense that I was always being taken care of by it, or looked over by it. Even now a few weeks later, even though I don’t sense its presence the way I did during and shortly after the experience, I can still feel its love at any time, and I talk to it often (if some witnessed my conversations in my mind they’d think I’d gone insane).

This love I felt is a love unlike anything experienced in our typical earthly lives – it carries incredible wisdom. You can learn so much from it just by experiencing it. Your current beliefs or thoughts would not matter, because this love shows you, in direct experience, that you belong to something greater. Nothing that we do in our earthly lives matters (not achievements, nothing) as much as how well we are able to love ourselves and others.

It is incredibly difficult (if not impossible) to accurately describe. But it also showed me directly, just by being itself, that we are not alone in a cold, and indifferent universe left with only our speculation or interpretations of it; but rather we are here on this earth for just a temporary time – a small interval of our existence to experience things, to learn, and most importantly, a complete part of a massive whole. While it’s important for now, there is so much more to YOU than your earthly role and your body.

We are just children here and very immature in our wisdom. Again, I grew up an atheist, non-religious, and I still don’t interpret anything as a “God,” but if I did I would call this love “God,” and this love is equally and us all, accessible to varying degrees at any time, always guiding us, should we only remember how to recognize and listen to it.

By the way, I am only one out of thousands that have had this experience of love and higher vibrational states, most often experienced in an NDE rather than purely an out of body experience. I am forever grateful for what this experience showed me – or in other words, what I allowed to happen to myself.

By the way: If you have had an out of body experience yourself and/or know a lot about this topic, I’d love to hear your thoughts.