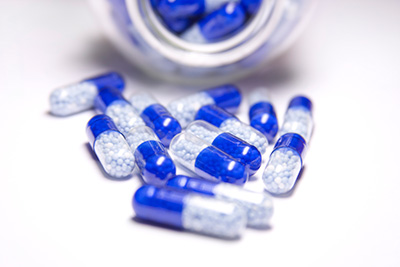 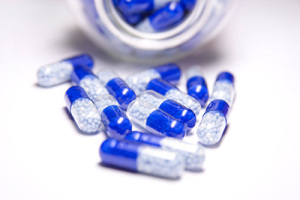 Are you thinking about going on anti-depressants? I wanted to write down my experiences and thoughts based on this topic in hopes to help somebody trying to make this decision.

I’ll just start off by saying there are a LOT of people out there on anti-depressants. At one point, me, my mom, my sister, my best friend, and a bunch of other people I knew had gone on anti-depressants. It made me think, does the brain just have a tendency to really be that unstable during different periods of time? Or is it our society, the expectations it places on us, the lifestyles it dictates for us as well as the diets most people eat and the way they treat their bodies?

Well, I’ve come to understand it’s really a whole slew of different things that could be involved, and it’s usually a combination of them. I was on Prozac for nine years for generalized anxiety disorder. It was only pretty recently that I came off.

My Nine Years of Experience on Prozac

Looking back on these past nine years, let me tell you a little bit about my experience and how I might have handled it differently.

In 2005 I had a major anxiety attack that stayed and lasted for a long time. I’m talking an extremely bad one – I couldn’t function. I couldn’t eat, sleep, or do anything except pace around. I had intense, long-lasting anxiety attacks – and not just attacks, but I was in a constant state of anxiety itself – for the better part of a year and a half.

My mom had some Prozac from when she used to take it and gave me some because she was tired of seeing me like this. Prozac did help; it took the edge off, and all of my emotions were less pronounced. No, Prozac doesn’t give you an easy way out or make you instantly happy. In fact it doesn’t feel good at all to have to be on medication. But it does make the anxiety more manageable, and took away most of my depression that would set in for me after a certain amount of anxiety.

What I didn’t know back then that I know now, is that while these mental issues feel threatening and horrible (especially anxiety), 99% of the time, they are not going to hurt you. Nothing catastrophic is going to happen. You have the reigns to your own mind – you are in control. And even when you feel out of control, yes it is a scary feeling, but you can, and will conquer it. It will pass. Psychological battles are just always the most difficult battles you can fight.

That being said, if you are experiencing something to the extent to which you can’t function, medication is very useful in this case. It helps bring you out of it. The problem is though that you can easily become dependent on this to take your anxiety way and let it do the work for you. I almost consider myself lucky in the fact that I still had anxiety on Prozac and I still mainly had to rely on my own tools and my own self to conquer it.

The Drawbacks of Using Medication for Anxiety/Depression

Many people fall to drugs (either regular prescription medication or illegal drugs) and/or alcohol to distract them from their anxiety. I’ve seen it time and time again. As we all know, this is not an effective long-term cure. In fact, it’s counter-productive. It will just cause problems down the road. But far too many people take this route.

One important thing to consider that I did not know about when I started taking Prozac was how much your diet and exercise regime actually plays a part in your mental health. Especially diet. The amount of sugar, unhealthy carbohydrates, and unhealthy fats that are in the typical American diet (along with some other countries as well) is not doing any good for our brain. It’s disrupting our moods, keeping us addicted to sugar, not allowing our brain to perform functions as well as it normally would. Energy levels are ruined, our ability to fight our own mental battles will be weakened, memory can be affected – the list goes on.

Exercise will boost your brain’s endorphins – especially a long distance run. Sometimes exercise was the only thing that would cure my brain for a while in the midst of anxiety hell.

Another thing is that I work in a creative field, and I found that while anti-depressants did make my brain a bit more organized, a bit less affected by things, a bit less obsessive…they also stifled my creativity, my memory, and my sex drive. This is not to say they will affect you in the same way. But just really think about it to make sure taking them is the right path for you.

My Suggestions and Key Points

The main point I really wanted to get to in this article is firstly that unless you can’t function, medication probably isn’t a good idea to start off with. Try some other things first.

Try changing your diet and sticking to it. Be dedicated to your mental and physical health; they are very intertwined with each other.

Try taking some herbs and vitamins. See my blog post here about natural methods of curing anxiety/depression. There are so many out there these days!

And most of all – learn to discipline your mind. Yeah, saying that is kind of like telling people to learn to speak Japanese by tomorrow. But what I’m really saying is, in order to build up your tools in fighting anxiety and depression, you need to practice approaching them in certain ways with your mind. Your attitude matters 100%. The more you build up your tools, the more you’ll trust your own brain to be able to fight it better, which creates a self-fulfilling prophecy and your mental problems will not be as severe.

Every time I have anxiety I look at it as an opportunity to practice my own mental discipline. Because that’s exactly what it is. Look at and use anxiety as a tool for you to strengthen your own mind and willpower.

I’m not against medication. In fact, I’m grateful it exists for those who need it. But far too many people are ignorant of what types of things are actually causing or having an effect on their anxiety or depression and use medication as a crutch. Far too many become too dependent on it. Sometimes medication is necessary, but many times, it also is not.

If you are struggling with anxiety or depression please feel free to email me. I am always willing to help.